We are the Homeless Kitties and we create and perform music on the beautiful island of La Palma.

Our songs are about love, death and everything that touches us in life.

They are a musical journey in seven languages, combining a variety of styles with a jazz ambience, from blues swing standards and Latin American themes to French chansons and original songs. 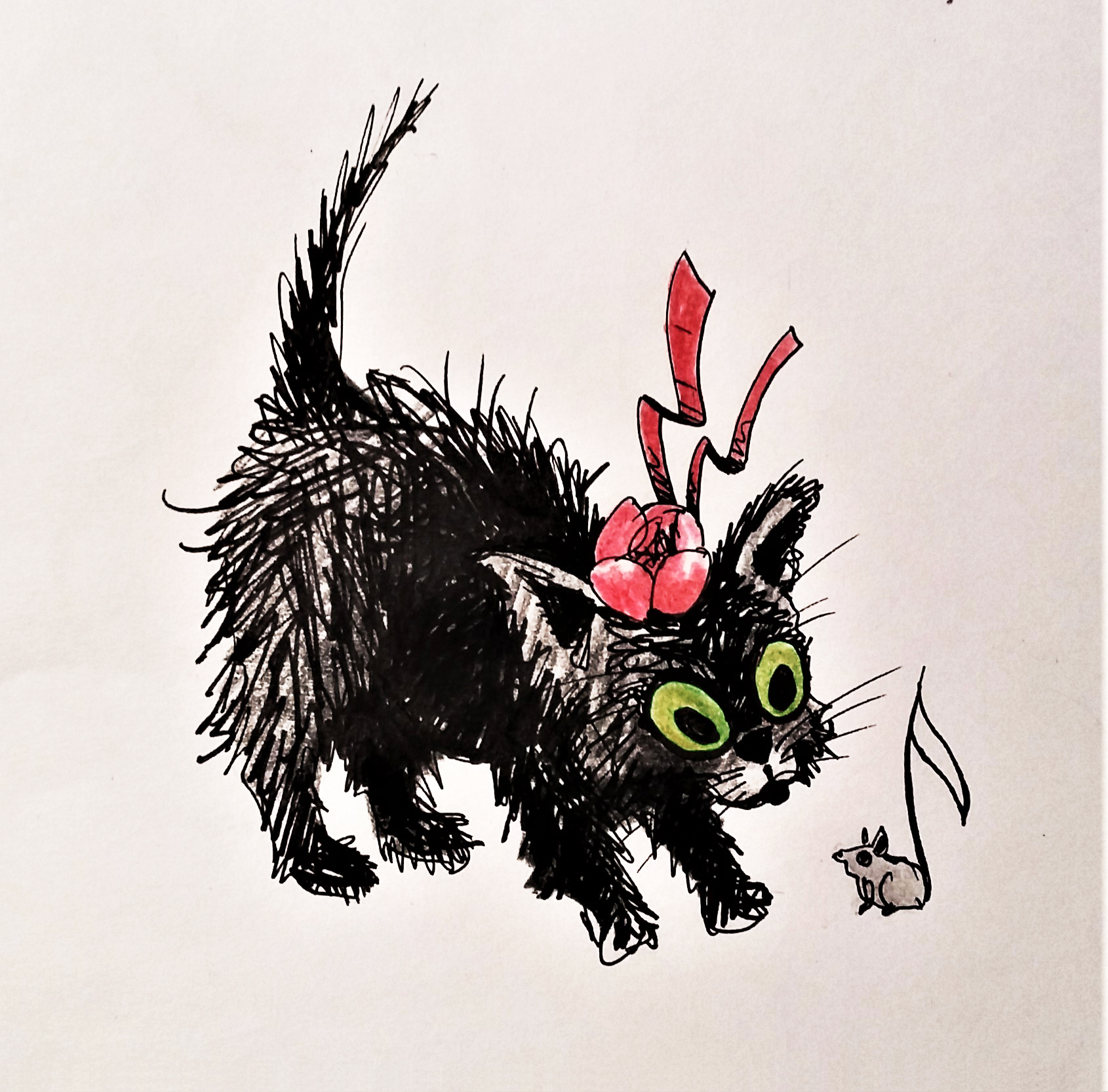 Theresa Marx has studied classical singing at Mannheim Conservatory and has sung in choirs and as a solist since she was six. In order to accompany her own songs she learned to play the piano, accordeon and guitar. Soon she discovered her love of Jazz and had her first gigs as a singer-songwriter.

One of her great passions is the theatre, and she has acted and sung in various productions of Heidelberg University.

In 2012 she composed “Erik – The Viking Musical” and directed the production until their last show in 2015.

Theresa has a master’s degree in Language Philosophy, published various novels under the pseudonyme of “Barbara Innes” and writes songs in five languages.

In Tomáš Stehlík she has found the perfect pianist to accompany and harmonize her lyrics and melodies as can be heard on their first coproduction, the album “Suicide Pop”.

The Homeless Kitties’ repertoire reflects her enthusiasm for French and international chansons as well as her passion for expressing the deep emotions in Jazz, Blues and her original songs. 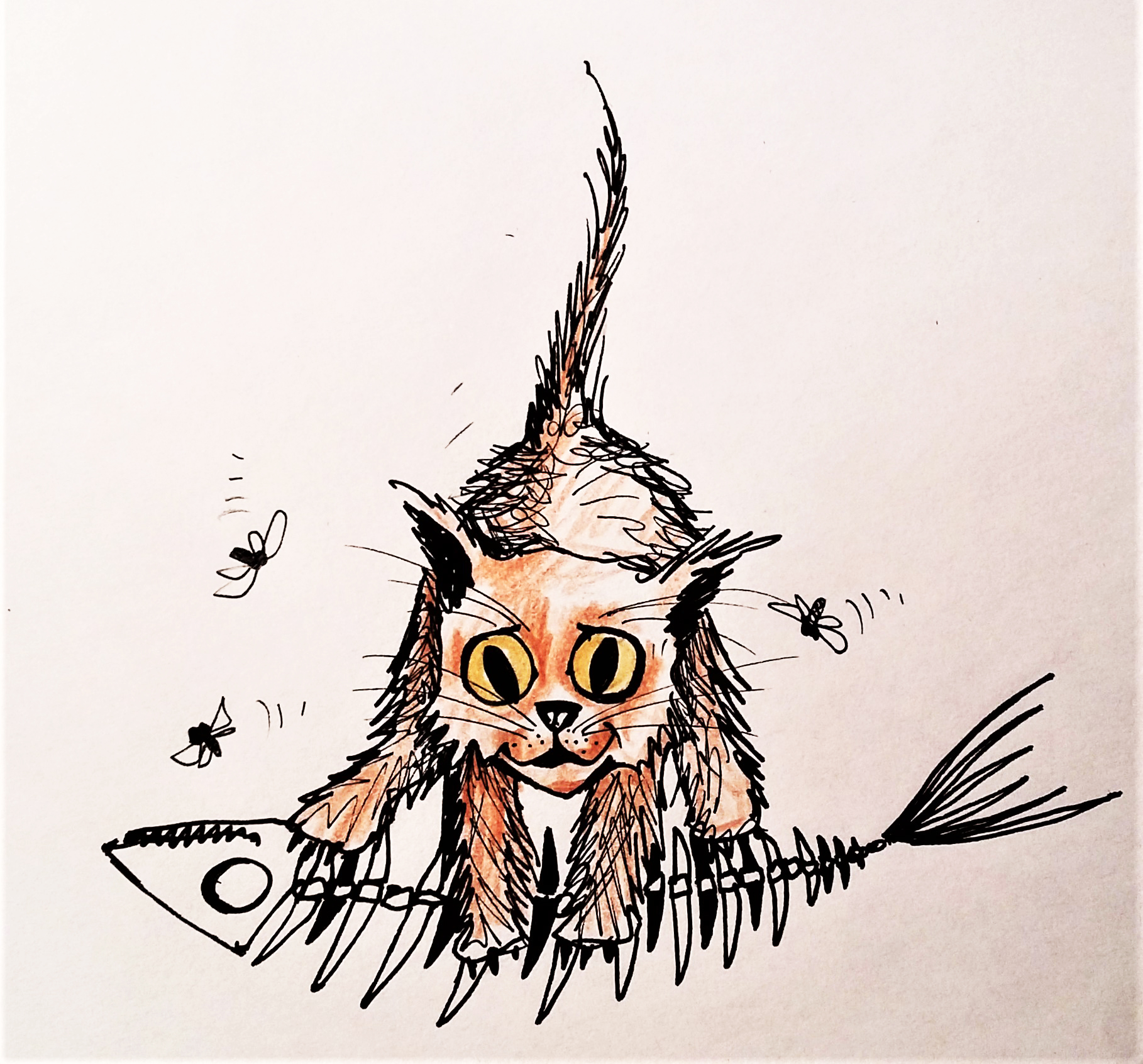 Tomáš Stehlík has studied classical music at Prague Conservatory and has a degree in Jazz piano. After his studies went on tour for three years with “The Buddy Holly Show” where he played Rock’n Roll, Blues and Swing. In Czech Republic he was part of bands like Triga CK Vokalu and the Holoubek Trio and has played at Jazz, Pop and Rock festivals.

In 2016 he met Theresa Marx during a tour on Canary islands. Together they started composing music and recorded their first album “Suicide Pop”. Afterwards they travelled Europe playing concerts in Germany, France, Slovenia, Italy… until they decided to stay on the beautiful island of La Palma.

Tomáš has been known here for his participation in projects like Keyz Meet Beatz or The Awara Quartett.

As a founding member of the Homeless Kitties he characterizes the band with his unique chord creations and composing style. 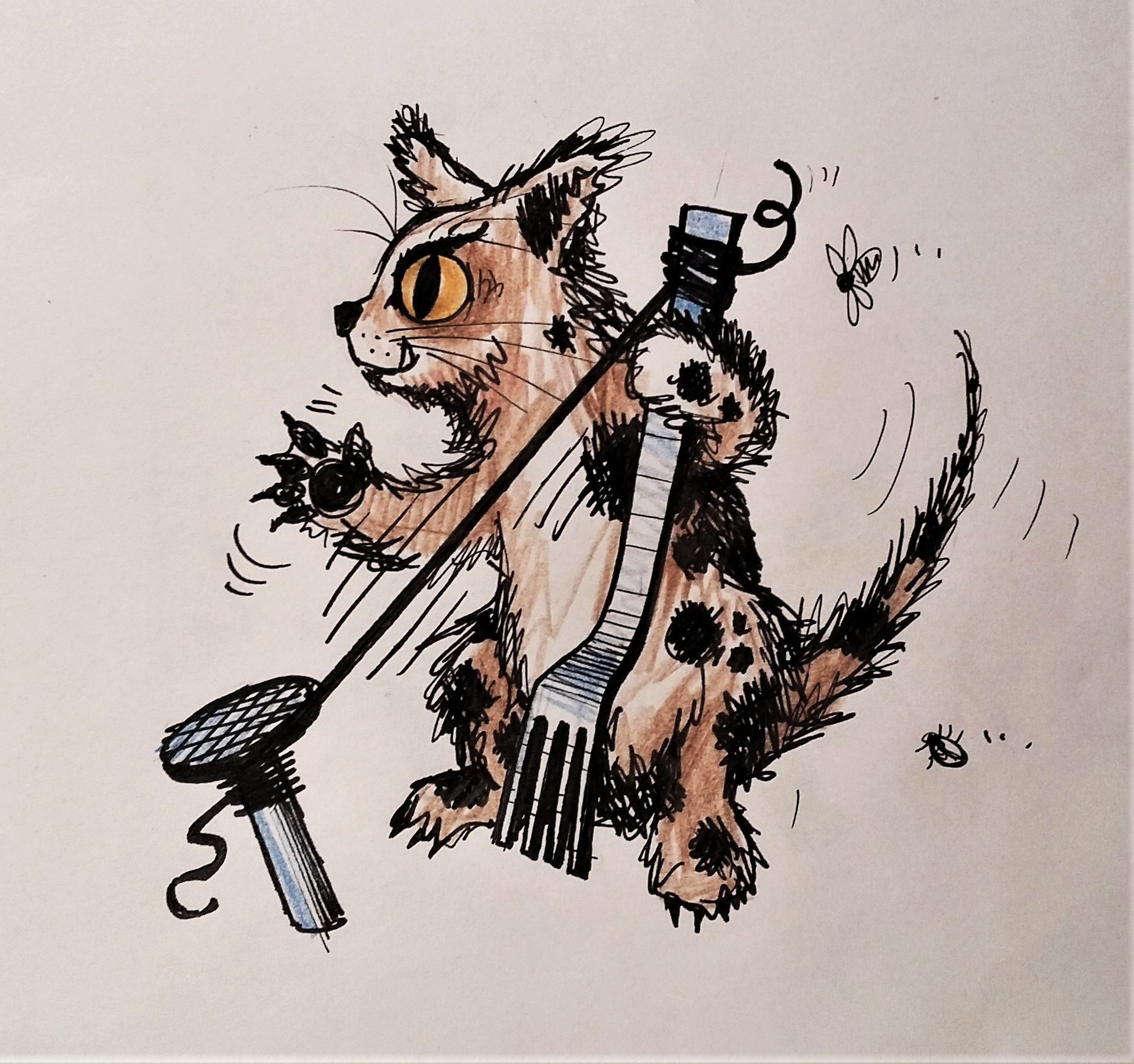 Benjamín Alemán started playing the guitar in the subway stations of Madrid. With the money he earned there he bought his first double bass. Soon he started playing in a Bluegrass Band and, with an electric bass, in different Rock and Pop groups.

He studied classical music at Madrid conservatory and has played for many years in dance orchestras as well as accompanying singers, the most famous probably being Lola Flores.

Besides he has worked as a sound engineer for orchestras and theatres and is a paragliding instructor.

The Homeless Kitties are his latest project on the island of La Palma, although the audience here already knows him for playing with Awara Lady, Buszjan, Equinox The Peacekeeper and at the Festival de La Palabra in Garafía. 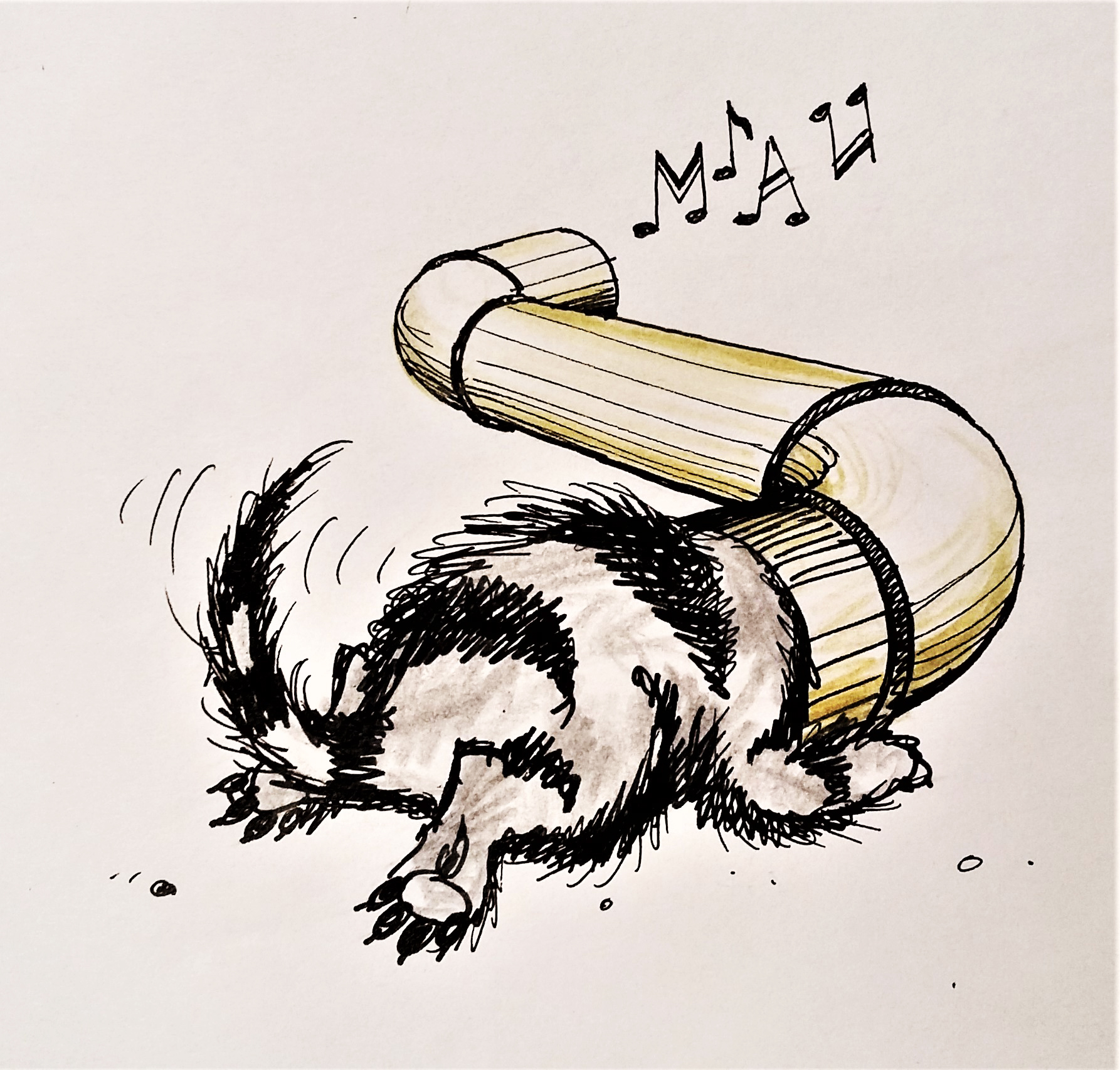 Ralf Martens started his musical journey with classic as well. He began playing the flute when he was nine and took classes in classical standard repertoire throughout his whole youth. When his later attempts to create cool rock music on the flute failed he changed to bass and guitar – anything loud and weird would give him the kicks.

A borrowed synthesizer gave way for Ralf’s enthusiasm for experimental electronic music and also motivated him to study IT. During the 80s he played in various bands in Berlin, on numerous concerts and record publications.

Only when he moved to La Palma, Ralf rediscovered his love for learning a new instrument and playing acoustic music. He worked as a sax player in various Jazz formations (Easy Living) and has played for ten years with the Tihuya Cats on countless concerts on all Canary islands, the Spanish mainlands and Germany. 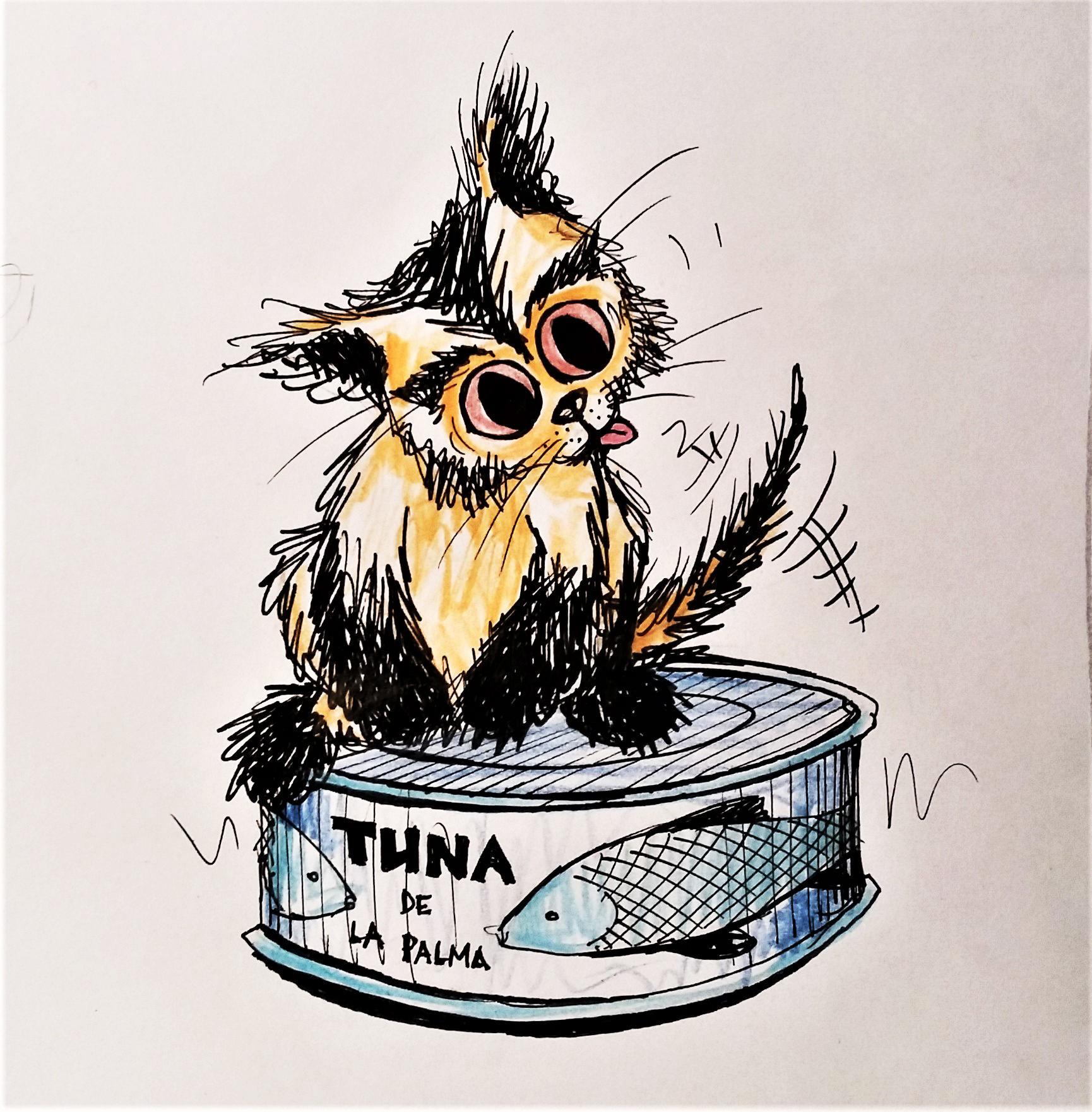 Dominik Behringer comes from a family of classical musicians. He was trained on the piano and French horn until he discovered the drums at the age of 13. He learned it mainly autodidactically and was later taught privately by D. Messina and R. Creemers.

He gained early experience in world music and worked in many international projects, from film music to musicals, and was session drummer for Perry “The Traveller” Robinson, Tino Gonzales and many others.

Since 2017 he has been living on La Palma, where he participates in traditional music projects such as Landó and Llamame Fuego. He has also been a “Homeless Kitty” since 2021.